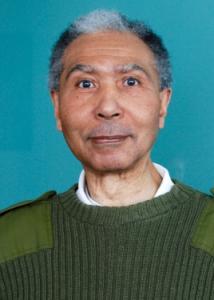 Upon receiving my undergraduate degree in Chemistry from Lafayette College, I entered the Army and served for five years.  During this period, I completed the Infantry Officer Basic Course, Airborne School, Special Forces Officer Course, Jungle School; completed a tour in the Republic of Vietnam; and returned to CONUS to complete the Chemical Officer Advance Course and the Military Intelligence Officer Advance Course.  When I was stationed at the John F. Kennedy Center for Military Assistance, my responsibilities covered civil-military and psychological operations.  This experience lead to my pursuing a doctorate in Psychology from the University of Massachusetts (Amherst).  Upon graduation, I worked as a programmer for a high altitude respiratory physiologist, for NOAA researchers who were studying how a tsunami would impact Hawaii, and subsequently for cancer researchers.

I have worked on prevention research projects funded by the National Cancer Institute (NCI), National Institute on Drug Abuse (NIDA), and National Institute on Mental Health (NIMH).  For most of this work, I have been a member of a small research team and have served in various roles to include substantive researcher, project manager, software programmer, and data analyst.  In 1982, as a research associate with the Community Cancer Program of Hawaii (CCPH), I supervised implementation of the statewide Health Awareness Survey; coordinated the data collection activities of CCPH and its subcontracted firms; analyzed the data and interpreted the survey findings; and organized and wrote the evaluation section for the final report to NCI.  From 1987 to 1991, I served as research associate for a smoking prevention intervention for school-age children and supervised the data collection\management activities for follow-up surveys that assessed the intervention's short- and long-term impacts.  In addition to writing software programs for data entry and verification, I conducted many of the project's outcome analyses.  From 1988 to 1992, I served as research associate for a prevention project designed to reduce the risk of repeat pregnancy among low-income, largely African American, primiparous teens.  In this capacity, I assisted with the study design and specification of the intervention's theoretical model; supervised the daily operations of the research team to include their data collection/management activities; and served as the project's data analyst (writing software programs for data entry/verification and participant tracking; and performing statistical analyses).  From 1991 to 1995, I and fellow pregnancy project team members conducted a STD prevention intervention for at-risk African American males seeking care at a municipal social hygiene clinic.  I again assisted with study design and specification of the intervention's underlying theoretical model; supervised the daily operations of the research team and their data collection and management activities; and served as the project's data analyst.  In developing the intervention in collaboration with the city’s health department and youth participating in a school program for students identified as at risk for school dropout, significant care was taken to ensure that the work was culturally- and age- appropriate.  From 1994 to 1997, I worked at the Center for AIDS Intervention Research (CAIR) where I was co-investigator for a multi-site, HIV/AIDS prevention intervention for at-risk, largely minority women who resided in public housing developments.  The intervention combined small-group, skills-building, cognitive-behavioral workshops with a series of community events planned, organized, and carried out by the female residents.  I monitored the daily operations of the site team; supervised their data collection and participant tracking activities; and served as one of the project's data analysts.  At CAIR, I also served as the data analyst for a HIV prevention intervention for homeless men and women.

I have served as a statistical and methodological consultant to faculty and students since I arrived at Penn State in 1998.  I have also been fortunate enough to contribute to the researcher conducted by faculty and students in various departments across the University.  My current research interests include the analysis of experimental and observational data that exhibit statistical dependencies.